How To Avoid Clogged Pipes In Your Home 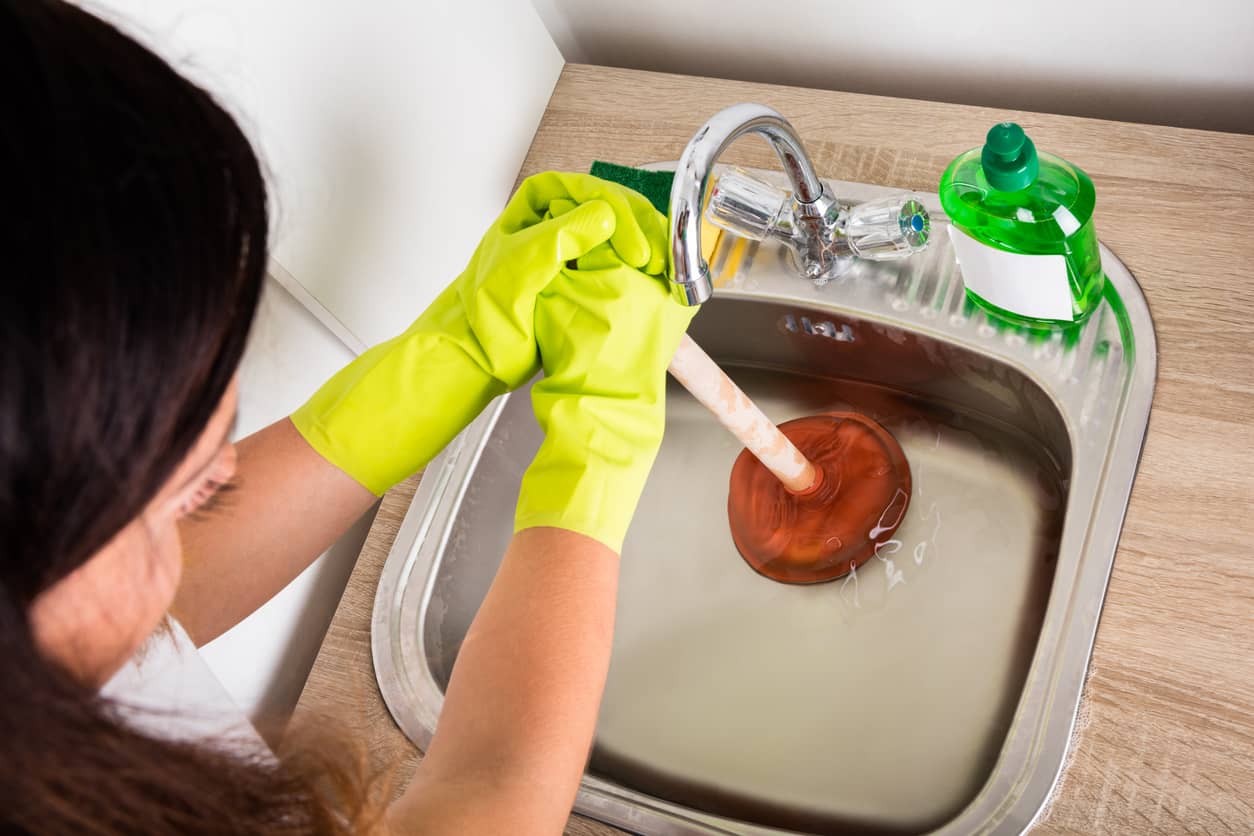 It may seem like clogged pipes are an unavoidable part of homeownership, but there’s a lot you can do to prevent your drains from backing up. That doesn’t mean that you’ll never need to call a plumber for a stopped up drain ever again, but follow these simple tips and you can cut down on those emergency plumbing costs!

Be Careful With the Garbage Disposal

It’s certainly convenient to dump all of the leftovers from dinner into the kitchen drain and turn on the disposal, but make a habit out of this and it can cause your kitchen sink to clog.

That’s not to say that you shouldn’t use your garbage disposal, but you should use it carefully—don’t pour grease down the sink and pay attention to what your disposal’s manual says you can (and can’t) dispose of. Some common food scraps to avoid putting down the disposal include coffee grounds, eggshells, and potato skins. After using your garbage disposal, run hot water to keep oils for hardening on the pipe walls. Avoid using chemical drain cleaners, which can cause damaged pipes.

Use Vinegar to Clear Away Build Up

The acid content in vinegar will break down buildup that collects in your pipes. Prevention is key, here—instead of waiting until you have a clog, pour 1 cup of vinegar into all of your drains once a month. After 30 minutes, run hot water to rinse it, along with the buildup it removed, down the drain. For even more power, try a half cup of baking soda and a half cup of vinegar; after letting the mixture sit, follow it with boiling water.

Install Screens or Drain Grates in Your Tubs and Showers

When it comes to clogged showers and tubs, hair and soap scum are the biggest offenders. There’s not much you can do about the soap scum, but you can keep hair from clogging the drains by installing screens or drain grates. These cover the drain to keep hair out. (If you don’t have a garbage disposal, a screen is also a good idea for your kitchen sink because it will prevent large pieces of food from going down the drain and getting stuck in the pipes.)

Watch What You Flush

Don’t flush paper towels, tissues, or napkins down the toilet. The only paper product that should be flushed is toilet paper. In some cases, even thick toilet paper can lead to clogged pipes, so if your toilet becomes clogged regularly for no apparent reason, it could be your plush toilet paper that’s to blame.

Build Bacterial Colonies in Your Pipes

You’re probably familiar with the health benefits of probiotics, but did you know that bacteria can also be good for your plumbing? An enzyme or bacteria-based cleaner will form colonies of beneficial bacteria in your pipes. These bacteria work to break down organic buildup in your pipes to keep them running smoothly.

If you’re dealing with a clogged drain in your home, our professional plumbers can help! Give Marines Services Co. a call at 804-203-0366 or join our Enlistment Program for annual inspections and priority service.

5 Advantages to Hiring an Electrician

5 Most Common Plumbing Issues and How to Fix Them

Subscribe to our newsletter to stay to date with everything that is going on in the community updates and special offers.

Thank you! Your submission has been received!
Oops! Something went wrong while submitting the form.
© Marines Services Co. | Custom built by Open Design